Horticultural spray oils have been used as commercial insecticides since the early 1900s. In the past, they were recommended only for dormant plants, but new refining techniques have now made oils safe for insect and mite control throughout the growing season.  These superior oil sprays are relatively non toxic to humans (a HUGE plus to the applicator and the customer!), environmentally friendly, and cost-effective. Pest resistance is unlikely to occur.  Because of this safety, oils are exempt from tolerance requirements. They have been tested on many ornamental plants and are highly recommended for an IPM program. Oils can also improve the appearance of shiny-leaved plants, such as holly. 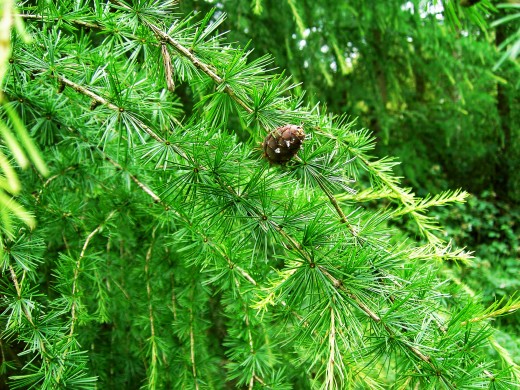 Early spray oils contained many impurities.  These oil formulations dried slowly, causing phytotoxicity (burning, or browning of foliage) as they dried. As a result, these oils were used only in the dormant season when leaves were off the trees and commonly called “dormant oils.”  Dormant oils have a high viscosity, or heaviness.  During the dormant season, when overwintering insects, mites, and insect eggs have a lower respiration rate, these slow-drying oils persist, covering the pest for a long period before evaporating and effectively interfering with insect respiration. Dormant oils are applied in the spring prior to bud break or in the fall after leaf drop at the rate of 2–5%.

Horticultural and botanical oils are environmentally safe compared with many traditional pesticides. They provide excellent control against many insects, mites, and eggs. They degrade quickly after application; they are safe for use around many beneficial insects. There are no re-entry delays and no worry of exposure. Horticultural oil is the same basic agent used as “baby oil,” for skin lotions, and purgatives.  It can be safely sprayed on birds, reptiles, and mammals; yet it can kill fish by coating their gills and preventing respiration and it can harm bird eggs.  People and pets can use areas treated by Horticultural or Botanical Oil within as little as 20 minutes following an application, or once sprays have thoroughly dried.

(1) It interferes with respiration by coating the egg or breathing pores of an insect.  Insects can “hold their breath” only so long before they die of asphyxiation.  Overwintering insects require reduced amounts of oxygen, thus requiring an increased dose of oil, as opposed to applications during the growing season.

(2) Oil interferes with membrane function.  The thin membranes of an insect or insect egg do not prevent the movement of oil through them. The oil then penetrates cells and causes insect death when large numbers of cells are killed.

(3) Oil has a mild residual effect against certain sucking insects. For example, some aphids and leafhoppers are unable to feed because of the oil residue. This effect, is limited, however, and may require weekly treatments at low applications.  Because oils are effective insecticides only as liquids (not after they have dried), fast-moving insects, such as beneficial insects, survive because they move away from an area as it is being sprayed.  When they return, the oil has dried, and there is no residual effect to harm them. There are no adverse effects upon internal parasitoids.

Dormant oils are typically applied during March and April, and again in September and October in New Jersey depending on weather conditions.  We thoroughly spray branches, twigs, and bark until runoff as recommended.  We also do not spray when buds are fully open and when chute elongation is occurring.  Spraying oils on deciduous trees just after leaf drop, when plants have not yet ‘hardened off,’ may interfere with interior growth of twigs, causing damage and even twig death. Spraying oils on conifers in November and December removes the protective waxy bloom necessary for winter protection. If applied before temperatures drop below freezing, the emulsion in the oil breaks down, causing the oil to adhere to the bark instead of insects.  We do not spray obviously drought stressed plants.  We also do not spray sensitive plants when the relative humidity is expected to remain above 90% for more than 48 hours. Remember, because oils provide no residual control, our subsequent monitoring of the site may indicate the need for a repeat application. 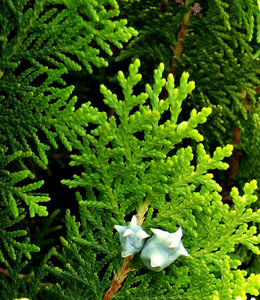